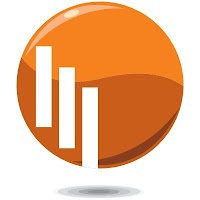 Santa to Tour Villa Park before heading to North Pole
Few people outside Villa Park may know that Santa and Mrs. Claus keep their Southern California vacation residence right here in Greater Orange at the Claus Villa in Villa Park. Each year before making the final push towards getting ready for that Christmas Eve world tour, the Claus family spends a weekend at their Villa Park get-a-way. Traditionally, Santa has thanked his home-away-from home neighbors with the Annual Villa Park Santa Tour winding his way through the Greater Orange “Hidden Jewel” in a bright red fire truck. This year’s tour is Saturday December 3, 2011 starting at 8:00 am.

Santa has been known to drop by or stop along the route where ever there is a gathering of believers. For more information contact the Villa Park City Hall at 714-998-1500. The Annual Santa Tour is sponsored by the Villa Park Foundation.

For a map and times CLICK ON: SANTA TOUR

The festivities start at 3:30 pm on Sunday December 4th with food booths and kids activities including those holiday photo ops with none-other than Santa himself followed by the official choir and tree ceremony starting at 5:15 pm.

Kicking off Villa Park’s 50th Anniversary of cityhood, the mighty armada sets sail starting at 5:00 pm, to arrive at its home port at the Villa Park Towne and Community Centre at around 6:00 pm. The hometown festivities including a tree lighting ceremony and entertainment and promises of special 50th year surprises. The Great Villa Park Inland Yacht Parade is sponsored by the Villa Park Foundation.

Orange Unified’s Grade Inflation
Out of the Box or Out of Control?

El Modena High School under Principal John Briquelet has instituted, without Orange Unified Board approval (but with the full knowledge of upper OUSD Administrators), a plan to retroactively boost student classroom grades based on their performance on the California Standards Test (CST). While the plan is similar to controversial CST Incentive Plans in a few other California schools, unlike the other CST Incentive Plans, the El Modena Plan was not approved by the Orange Unified School Board, was implemented by what some characterize as a “strong handed” approach by the El Modena School Administration, and lacks protections and safeguards of other plans. Those other plans, even with their safeguards have come under question.

Similar to a plan authorized by the Los Angeles School Board Trustees in 39 schools in that district, the El Modena Plan differs substantially in administration, participation and equity. In addition, ONN has documents showing the plan has changed since its introduction and without safeguards could lead to possible unethical and possibly illegal abuses of the system now in place.

Trustee Diane Singer proposes
OUSD return to Recall Reform of rotating Board officers
Trustee Diane Singer has placed a proposal on the November 17, 2011 Orange Unified Board Agenda to revise the Orange Unified School Board Policies to again include the rotation of Board officers as first implemented by the Citizens Board that was elected after the 2001 Orange Unified Recall election. Item 14 D (Agenda page 7) requests a return to the rotation of officers adopted in December 2002. Current Trustee Kathy Moffat and OUSD Board President Rick Ledesma are the only remaining trustees that were elected as part of that original Citizen’s Board that implemented the a package of Board Policy reforms dubbed the Recall Reforms that included the rotation of officers. Ledesma had been on the OUSD Board prior to the Recall, but was ousted in the election that brought the Marty Jacobson Radical Board to power. Ledesma was returned to the OUSD Board in the Recall Election.

After the 2001 Orange Unified Recall, then President Bob Viviano, with the newly elected Trustees, proposed and passed several reforms known as the Recall Reforms. Trustee Viviano was an outsider on the Recalled Conservative Board and knew very well how a majority could weld power. After the Recall Election, his contribution to approved package of Board Policy changes included a plan of having the three Board offices rotated between all the Trustees so a small minority would never be isolated by another overwhelming majority. Both Moffat and Ledesma supported all of the Recall Reforms.

Later, after the controversial election of Steve Rocco to the OUSD Board, then Superintendent Dr. Thomas Godley proposed (under the guise of saving money) to eliminate the Recall Reform of televising OUSD Board Meetings. It was Trustee Rick Ledesma that rallied the community to save the Trustee broadcasts, and those broadcasts continue to this day ( although for a time Godley censored items he did not want broadcasted involving Rocco, leading ONN to report to the community all items Godley censored). Rocco’s election however also proved too much for the then majority. After Trustee Kim Nichols became Board President after Moffat, Nichols and her allies took aim at Rocco and began changing Board policies, including eliminating the rotation of officers so as to deny Rocco any leadership role as they simultaneously tried to pursue a recall against Rocco. The Recall Reform of rotating officers was changed the rule back to electing Board officers. Kathy Moffat supported that move.

Now, with another super majority in control of the Board, minority members again are shut out of the Board power structure and forced again to try to participate from outside, the exact situation, former Trustees Bob Vivano, Bill Lewis, and current Board President Rick Ledesma had fought in the past to change with their then ally Kathy Moffat.

INSIDE the OUSD Agenda for November 17, 2011
Work Study Session- 5:30 pm pm An Orientation on the Readiness and Emergency Management for Schools (REMS) and the Emergency Operation Center (EOC).

Closed Session – 6:00 pm The OUSD Board will appoint an Assistant Superintendent and a Administrative Director for Business Services and a Coordinator, Special Education-Learning Services.

Action Item 14 A- (Agenda page 3) Opening bids for the purchase of the Killefer Elementary School site at 541 N Lemon Street in Orange. Bids must be at least $3.4 million.

Information Item 15 B – (Agenda page 10) Budget Update- What a difference trust makes for the Greater Orange Community. As the state budget continues to tank…and the trigger dates for automatic dates for the state budget cuts approach- OUSD’s highly regarded financial staff will continue to look into their renowned crystal ball and try to make sense of it all for the Trustees, staff and community.

Former Superintendent Godley’s Retirement Bonus
running total (beginning 8/2008):
$46,970.00*
* The Godley Retirement Bonus presented here is an estimate of the amount in “bonus retirement” accrued since the Superintendent’s retirement on 6/30/08 using a 6% lifetime formula calculated here at $1210 a month since 8/08. The actual retirement plan the former OUSD Superintendent opted to take is not public information and the figures presented are only as an estimate of the taxpayer costs after the OUSD trustees voted against an amendment to exclude Godley from the retirement program. The on-going estimated figure is presented as a reminder to the community of the high cost in educational tax dollars the OUSD Board vote to allow the former Superintendent to participate in the 6% retirement incentive cost the OUSD education community in tax dollars. Godley retired from OUSD on June 30, 2008 after he worked for the school district for a little over five years.

For AGENDA-CLICK ON: NOVEMBER AGENDA

Orange Unified’s Grade Inflation Out of the Box or Out of Control?